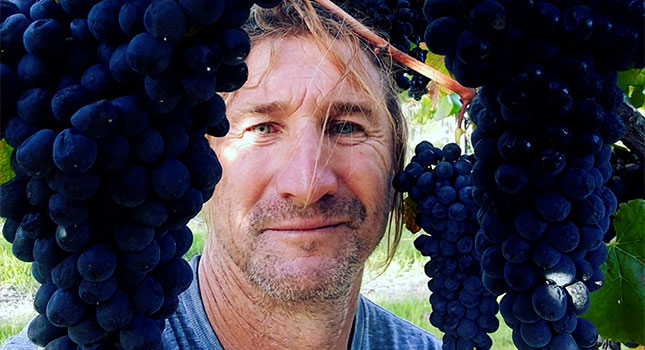 Compared to its larger neighbors, Uruguay is a distant fourth in terms of volume of wine production in South America, following Argentina, Chile, and Brazil. Successive waves of immigration from the 19th through the mid-20th century brought populations from all over Europe, each bringing along unique winemaking traditions and indigenous grapes. First the Spanish, then Basque, French, and Italians arrived. Today, nearly 90% of the population is of European descent. Though in many regards Uruguay is still considered a developing nation, and the late 20th century was marked by a period of dictatorship and suspension of civil liberties, it has entered the 21st century as an exemplary democracy, and a global leader in renewable energy. It happens to also be home to a particularly vibrant and thriving wine industry, under the radar of most wine drinkers in this country. Exciting producers like Bodegas Pablo Fallabrino are helping it earn the high regard that it truly deserves.

If you have encountered a Uruguayan wine, there is an excellent chance it was made from the Tannat grape, which dominates the country’s vineyard at nearly 40% of all planted vines. Tannat’s ancestral home is the French Basque country, near the Pyrenees and Spanish border, notably the hamlet of Madiran. The classic style here embraces the naturally high tannins found in Tannat, but in Uruguay a range of styles might be found, from dense, rich, even fortified examples, to leaner, punchy, deliciously drinkable wines. There are only a handful of grapes that can express themselves well in a variety of treatments - Chenin Blanc comes to mind as an alternate example - and you might have to do a little research before buying to know what is in the bottle.

Tannat might be a leading character, but a strong ensemble cast completes the narrative of what is happening in vineyards across the country, particularly at Bodega Pablo Fallabrino. In 1920, Pablo’s grandfather Angelo arrived from Piedmont, Italy. Working in one of the coolest regions of the country, coastal Atlantido, a subregion of Canelones, where Pablo sustainably farms 12 hectares. Canelones forms a semicircle around the outskirts of the capital Montevideo, and is responsible for more than half of all the wine production in the country. Fallabrino’s vineyards include sizable plantings of grapes native to his grandfather’s home like Barbera, Arneis, and Nebbiolo.

It all makes for a story that sounds more old-world than new - a third generation winemaker, carefully managing vineyards that have been in the family for 70+ years. On the other hand, vines have all been replanted in recent decades, and a shiny new winery was built in the late 1990s. The wines themselves communicate a vision, not too far removed from Pablo’s other passion of surfing, that strikes a balance between studied artistry and natural instinct. There’s also more than a small dash of an experimental spirit - Pablo is cultivating marijuana to craft a line of CBD infused wines.

Much of Fallabrino’s production skews toward the natural end of the spectrum, with low or no sulfur used at bottling. Most of his bottlings are very limited, around 500 cases or fewer. The Arneis-Chardonnay blend is an awesome entry-point to a tasting lineup. It shows expressive crunchy and peachy fruit up front, leading with the Arneis, winding down on a long finish to a lean, tense, mineral note reminiscent of Chablis, but far more interesting than your average village bottle. There is not a single occasion where this wine would show poorly, it is utterly charming and totally refreshing.

The Tannat is delightful and eye-opening. This is not the toothsome expression from France. The feeling here is more rock than folk, it’s Dylan, but electrified. Or maybe late 90s Bay Area, with clove cigarettes, unironic leather jackets, and Santa Rosa plums. Tannins have been, not exactly tamed, but coaxed into balance with the juicy acidity, coming together into a particularly riveting bottle of wine. For those shopping in the natural category, this bottling, called Anarkia, is unfiltered and has zero added sulfur.

A Nebbiolo blend called Notos will please the drinkers looking for a little complexity, as this is  floral, earthy, and tannic. Those characters can sometimes be at odds, but Notos wears them well. Here, the aromatics and structure will remind you quickly that Nebbiolo is neither shy nor a little wine in any regard, though the pale red color might make you think otherwise at first. 10% Tannat complements the Nebbiolo, both softened slightly with six months spent in used barrels.

Uruguay can be a tough sell, purely based on its unfamiliarity to wine drinkers of this country. That blank slate can be a good thing, with an opportunity to create favorable impressions from the very first taste. The curious drinker that is lucky to be convinced to sample a glass will probably be hooked immediately. They are just that good. There is so much to seek out, though not many wineries are exporting to the USA, we hope to see more in the coming years. We will be watching for them, and hope that you are, too.