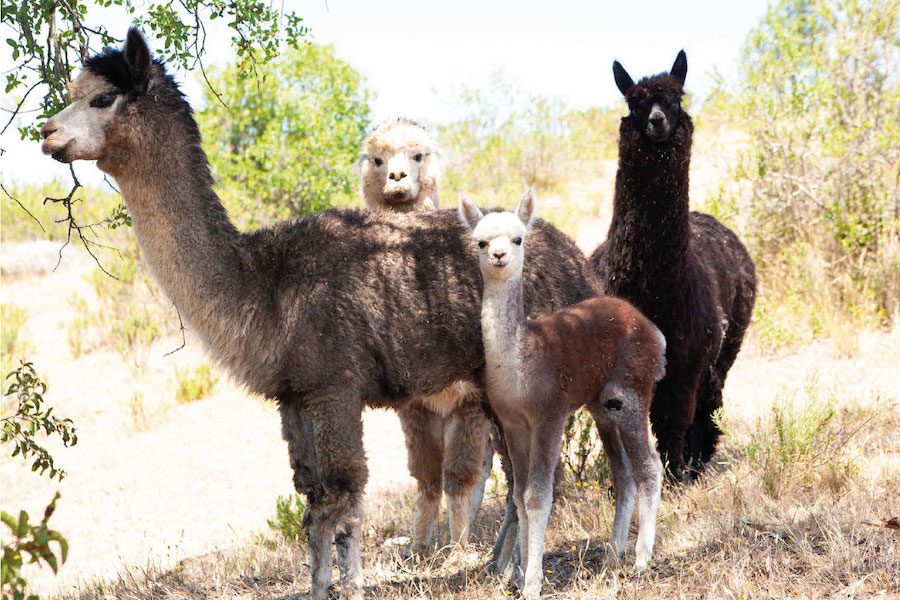 Chile is without peer in the sheer diversity of terroirs and climates that can be found within its borders. From the high elevation Atacama Desert in the north, to the Austral regions of the far south where you are more likely to encounter a penguin than a vine of Pinot Noir, wine regions span nearly 2000km of varied terrain, cradling pockets of vineyards both young and aged. For perspective, traversing that same distance would take you from Spain’s Haro in the heart of Rioja all the way to Verona, Italy, crossing through dozens of benchmark appellations along the way. Walking a typical North American grocery or liquor store might give a far more homogeneous perspective, as Chilean winemaking, especially for export markets, has been dominated by a small number of large corporations, and an even smaller number of grape varieties.

While those corporations have brought clean, modern, affordable, and a handful of truly remarkable wines to the global market, there hasn’t always been a spirit of experimentation. Thankfully, a younger wave of Chilean producers has broken from that mold, operating on a much more human scale, and creating characterful, expressive wines.

Chardonnay is the grape I most look forward to tasting. Not necessarily drinking, but always tasting. Chardonnay is a powerful translator of terroir, whether the chalky minerality of excellent Chablis or the generosity of Ramey’s Sonoma bottings, no grape is a better lens through which to view a winemaker's sensibilities. It will be the first bottle I want to taste in a producer’s roster, and if it is of even decent quality, it will be the one I want to return to often. Chardonnay isn't always the most hip grape in the shop these days, though this darling of the natural wine world vinifies a celebrated example.

The Tara Chardonnay, one of several wines from the Ventisquero winery, is a tense and chiseled wine that shows its cool climate genesis. It broadens out on the palate with pleasing weight and salinity, ending on a focused and pleasingly bitter note. Each subsequent sip seems to reveal another facet - this is a complex, well-built wine, every bit as exciting as hoped for. The point of origin here is one of the most extreme places on the planet to grow grapes. The Atacama is one of the driest places on Earth, looking more like a moonscape than a typical lush vineyard, where a few hectares of green vines are surrounded by miles of arid rock.

Still in the northern regions of the county, now in the Limari Valley, Colectivo Mutante works with a common grape of the area, Pedro Ximenez. Better known for its use in particularly rich and dense bottles of sherry, in Chile P.X. gives a high acid, citrus-laden and refreshing wine, a perfect foil to all ingredients sources from the nearby Pacific. The fog and cooling winds from the ocean create wide temperature fluctuations from day to night, helping preserve the acidity as the grapes reach ripeness in the otherwise hot climate. The cut and sheer energy of this wine are exceptional, it’s the sort of thing a sommelier reaches for after a long day of tasting when the palate needs a deep reset (or, one of these). Only 500 cases of this wine are made in total, all from a single hectare of vineyard.

2022 will mark ten years since Isabelle Legeron’s, Master of Wine and leading natural wine advocate, founded RAW WINE. This series of events, now digitally expanded with fascinating content and fully fledged ecommerce, helps bring many natural producers onto the global stage. Her definition regards natural wines as those originating in organically or biodynamically farmed vineyards, with as close to no intervention in the cellar as possible. With a refreshing dose of realism, she views these wines as placed along a continuum of more natural to less natural (or, conventional), not the black and white “is it or isn’t it” that some other writers, critics, and drinkers chose to subscribe to.

Bodega Montsecano, featured at RAW WINE, falls very close to the most strictly natural end of the spectrum. Founded in 2005 as a partnership between Andre Ostertag of Alsace and Julio Donoso, recent vintages have been overseen by Burgundy’s Dominique Derain. Derain’s philosophy aligns with the Montsecano partners, and he brings a well-deserved reputation across natural wine circles from Paris to Copenhagen, Tokyo, and New York. Biodynamic farming is employed at a particularly cool vineyard site in the Casablanca area, and fermentation takes place in neutral stainless steel and concrete - no oak in sight at this cellar. The resulting Refugio bottling is a very drinkable, herb-inflected and acid-driven Pinot Noir with abundant crunchy red fruit notes. Likely due to the minimal use of SO2 at bottling, this might show a bit of effervescence. If that is bothersome, either time or vigorous decanting will be a simple solution.

It’s a joy to have written so many words about winemaking in Chile without having had to use the words “Sauvignon Blanc.” Just as there is a breadth of terroirs in the country, there is now a similarly wide range of wines. Ask your favorite, knowledgeable retailer (or beverage director) to help you explore this territory further, as there are more and more fine examples being brought to the market.